Wings of Darkness, Champions of Light

This is the fourth installment of Memory Mondays, where we give you a glimpse into XY Unlimited’s turbulent, glorious, and frequently embarrassing past. You can compound our shame or bolster our pride by leaving a comment below.

Today may be our last blog about pigeons until we play for them on tour. Actually, it’s more a glimpse into Michael’s brain, which pigeons inhabit. 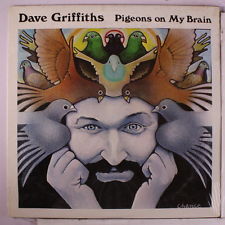 Michael has a special connection with the earth’s winged creatures. The pigeon, especially, has fascinated him since childhood. Not only do pigeons embody gentleness and determination, Michael eagerly points out at any opportunity, but they are essentially doves of a different color – and don’t we all love doves just soooooo much? Indeed, his steadfast defense of pigeons causes one to reexamine one’s groundless contempt for the birds.

Thus Michael has assumed the role of Pigeon Paladin, in both our band and the wider world. For those of you uninitiated in fantasy archetypes, paladins are holy knights who seek out and smite evil wherever can find it. Though there’s rarely any evil to smite that threatens pigeons, Michael almost found some on our April 2013 Midwest tour. 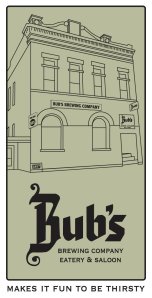 The scene of the crime. And of good burgers.

We were dining at a local grill called Bubs (pronounced “boobs,” according to their menu) in Winona, MN. Michael opened the menu to look through and select his dead cow product of choice (had to insert a bit of irony, sorry). In doing so, he happened upon a disturbing menu item simply labeled “pigeon wings.”

Michael stared at his menu and grew quiet. When our waitress arrived to take the food order, the other band members asked for a variety of delicious meat and non-meat burgers. Then it came time for Michael to order. With the restraint of a patient tiger and the holy flame of justice burning in his eyes, Michael asked the waitress if the restaurant truly served pigeon. The rest of the band exchanged knowing looks. Uh-oh.

The waitress raised her eyebrows at Michael in polite disbelief. “Umm…that’s chicken” she explained with a hint of scorn in her voice. “It’s a joke.”

Michael deflated a bit in both relief and, I think, disappointment. He ordered the taco salad and let her continue on her way. We enjoyed a peaceful, pigeon-less meal – and only teased Michael a little bit for being the one person in 1,000 who would actually ask if a menu item contained real pigeon.

Though the Pigeon Paladin rarely finds a quest worthy of his zeal, he remains ever vigilant.

Have you ever encountered a menu item that made you raise your eyebrows? Would you have asked about the pigeon wings? Michael will be taking notes. 😉

This entry was posted in Uncategorized. Bookmark the permalink.

2 Responses to Wings of Darkness, Champions of Light