The real XY Unlimited played only one show. 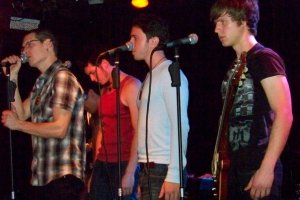 XY Unlimited’s first and, in a way, only show.

On February 28th, 2010, five college grads armed only with microphones stepped in front of a four-piece rock band at The Viper Room and debuted the songs they had spent the last six months preparing. The house was packed, and the show had both the rough edges and the raw fun of a new music group getting its sea legs. CDs were signed, high-fives were dispersed, and much hooting and hollering filled the room. The future looked shiny.

A few days later, we lost our first tenor. After a fun evening learning about science together at the Natural History Museum, he broke the news to us: he and his soon-to-be wife found out they would be having a baby and, with admirable foresight, he judged being in a band less important than being a responsible parent. Go figure. We patted him on the back for a good choice, sent him on his way, and sat on the steps of the NHM side-by-side, deep in thought.

Clockwise from top-left, the original idea behind XY, followed by what actually happened.

Though we decided to continue and we kept our name, everything else about the band soon metamorphisized. We had originally intended to sing complex vocal harmonies and dance around the stage with a face-melting rock band at our backs. This setup presented us with few opportunities to perform live, however, so we eventually dusted off our acoustic instruments and learnt to accompany ourselves. As more bandmates came and went, five became four, we took our act to the streets, and then with some hard work and planning we took it to colleges across the US.

In 2013, we finally earned enough to record the dream album we had envisioned three years earlier, replete with soaring vocals and juiced-up rock instrumentals. We found the right producer, wailed into a microphone in my closet (seriously), had a desert photoshoot, and called it Omega – a tribute to the original idea behind XY, which we referred to as Project Omega before it had a name. 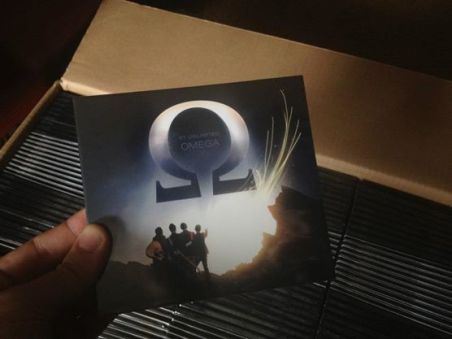 We were so proud of Omega, and we still are. But while we waited to record XY Unlimited’s dreams, a new band became our reality. We had overcome bizarre obstacles as this band, made strangers smile with this band, and fallen in love with vocal harmonies all over again in this band.

Now, finally, we have begun to dream of this band’s possibilities. We’re writing new songs, we’re arranging new covers in four-part harmony… and we’ve got a new name.

The people we work for.

Of course, all of this means nothing without you, our amazing fans. You’ve stuck with us and believed in us for these five crazy years, through polar vortexes, harrowing drives, and intrepid root beer testing. We hope you’ll follow us into an era of new adventures, and new music.

And now, without further ado, allow me to introduce our new band: Cloudwalkers.

This entry was posted in Uncategorized. Bookmark the permalink.